On 9 July, CPC sponsored The Brunel Museum’s 250th anniversary celebration of the birth of Sir Marc Isambard Brunel, a forerunner in engineering and creator of the Thames Tunnel. It was an absolute privilege to learn more about the history of the first tunnel under the Thames, which began construction in 1825 and was completed 18 years later in 1843.

Tucked away in Rotherhithe, a residential area of south-east London, the Brunel Museum hosted an array of guests and I was struck by the sense of community and unique appeal that the Museum has for local residents and trustees.  From the ‘Midnight Apothecary’ cocktail garden, to the incredible story of the Brunel family, it is clear that their legacy has had a long lasting effect on industry and particularly, the engineering profession.

It was fascinating to learn more about Marc Brunel who, whilst not as well known as his son Isambard Kingdom Brunel, was a pioneer in his own right, developing machinery and manufacturing techniques in the UK in 1802, which were still in use in Portsmouth Naval Base in the 1940s!

In fact, his innovative tunnelling shield method is widely accepted as being the precursor to the modern TBM’s used to build the Channel Tunnel and Crossrail structures today, as well as many other major tunnels around the World.  It was a lovely moment when John Attree, Chair of the Board of Trustees, informed the audience that the loyal trustees of the museum believe TBM stands for “The Brunel Method”, as opposed to “Tunnel Boring Machine”.

Looking to the future, Michele Dix, Managing Director at Crossrail 2, gave us an inspirational speech and insight into the plans and challenges for its proposed new railway, to link north and south London, and the need to attract more women into engineering and the rail industry as a whole. 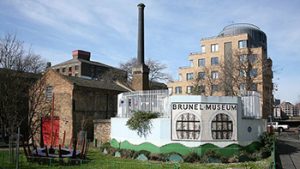 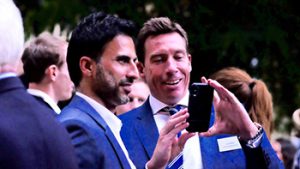 But, whenever I think about Victorian Engineering I am amazed at what was achieved and the wider ranging impact this infrastructure has on our lives to this day.  From the original Super-Sewer delivered by Sir Joseph Bazalgette in 1858, which contributed to the elimination of Cholera in London, to Brunel’s Thames Tunnel, which continues to carry East London Line trains between Wapping and Rotherhithe.

These earth-breaking projects are a tribute to what can be achieved when people, faced with unprecedented engineering challenges, develop solutions that go beyond conventional thinking.