A Decade of Inspiration

On 11 April, CPC were headline sponsors for Young Rail Professionals (YRP) annual black tie dinner – this our 7th consecutive year. The event took place at The Brewery in the heart of London and is always my highlight of the year as it’s charged with so much energy, enthusiasm and expectation. This year was no exception as we celebrated the 10th anniversary of the organisation. 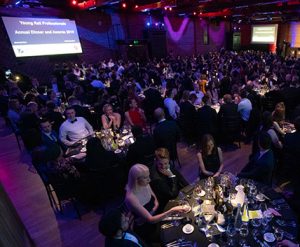 The founding members of YRP certainly created a movement some ten years ago and along with a handful of early adopters they built an unstoppable momentum. Now, YRP boasts over 5,500 members with ongoing collaborations alongside the Rail Delivery Group and Network Rail. It has sent representatives to Central Government and European Commission forums and is the brainchild of Rail Week – a pan-industry initiative to expose the rail industry to the next generation. This level of growth is testament to what can be achieved with an exciting vision, drive, commitment and hard work.

At the Dinner, the keynote speaker was Polly Payne, Director General for Rail Group with the DfT, who gave an insightful and inspirational speech about her current role, including oversight for major schemes such as the £5.7bn Intercity Express, £7bn Thameslink and £16bn Crossrail programmes. She also shared her views on the need for ever greater diversity in the Rail Sector and her experience of balancing a demanding career with the responsibilities of bringing up a young family

Another important part of the evening are the YRP Awards and once again it was an absolute privilege to be on the judging panel. Due to high standard of submissions it’s becoming evermore difficult to select the winners against the three awards. That said the winners below all fully embrace the values and ethos of the YRP: 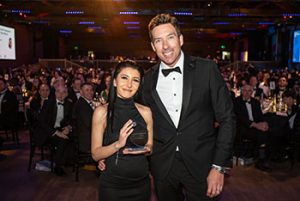 I cannot think of a more worthy organisation to sponsor in the rail industry, and we fully support and align to its values to Promote, Develop and Inspire the next generation of rail professionals.

CPC looks forward to working with and supporting the YRP over the coming twelve months and foreseeable future.